Huawei has become one of the main contenders in the world of mobile telephony. The firm began to climb the ladder of success with entry-level phones. Huawei is another manufacturer that will not stand still in the second half of the year. These are the first renders of Huawei Mate 10 originated from their design in CAD format. This device could also surprise us with the incorporation of an LED flash in the front camera. The Chinese company intends to call it Selfie Toning Flash. The screen will be protected from scratches and bumps using a layer of Corning Gorilla Glass 5.

The presentation of Huawei Mate 10 is scheduled for 16th October, 2017 in Munich, Germany. That day the Chinese company will reveal all the details of the equipment, as well as their price and availability. The Chinese manufacturer expects to release the Huawei Mate 10 to compete with all these new releases. Huawei has confirmed some details of the device to Bloomberg. 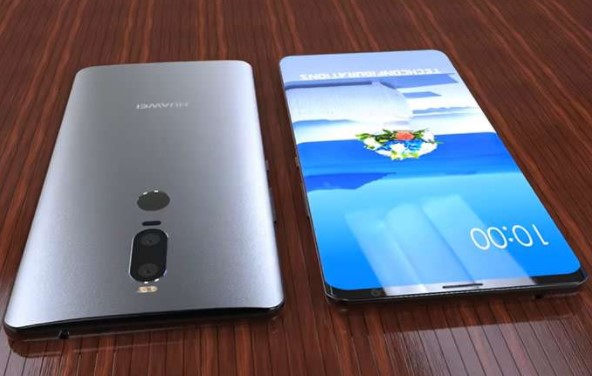 Huawei Mate 10 will have much more battery with a frameless screen, faster loading, and better pictures. The presentation of Huawei Mate 10 is expected by the end of October. The source is reliable and the photos match what we already had filtering almost certainly it is the next smartphone top of Huawei.  The final straight of 2017 will be very competitive in the smartphone segment. Huawei Mate 10 may be one of the models that surprise.

The specifications rumors are bearing the Kirin 970 company and processor, dual camera with enough megapixels Android 8.0 and a battery exceeding 4000 mAh. If we confirm all these rumors, we would be talking about a beast. 3D designs of a Huawei Mate 10, surely the Lite, come out to show the whole outside of the phone. Double camera and a front very well used despite the Home button. The filtering that accompanies the image that we can see above holds that the terminal will have a screen of 5.8 inches with HD resolution that is, 2560 x 1440 pixels. This aspect would be one of the main novelties regarding the predecessor of Mate 10 with a Full HD resolution.

It will have 6 GB of RAM and 64 GB of internal memory. The Rom can be extended by using microSD cards. The photographic section would consist of a 34-megapixel dual rear camera a crazy thing that. While not guaranteeing that the sensor is up to it promises to give a lot of talk. Huawei Mate 10 will come in three different versions: Lite, Pro and Normal. Huawei Kirin 970 for the processor, an aluminum body that aims with large. Although balanced in the ratio of the screen to the front. 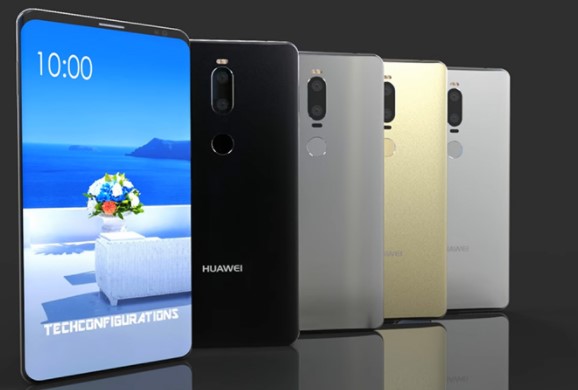 There is another great new thing that the new phablet would include. That has to do with the camera the front in this case. One that will be in the front would also have two sensors being this something differential. It is indicated that possibly would also have an integrated flash here. Therefore, selfies would be one of the strengths of Huawei Mate 10. Huawei has sent press invitations for the presentation of the Huawei Mate 10.

The Mate 10 could reach a hefty price of $ 1,100, which is a big jump from the $ 599 of its predecessor. The artificial intelligence built into the Huawei 10 Mate will help make the phone more personalized and anticipate user actions and interests. Among them, perform real-time translations; respond to voice commands, allow you to take advantage of the augmented reality, which superimposes photos, sound, graphics and video in real images.

The publication of Huawei will do as soon as possible. It is very possible that we continue to see official images of the terminal. That highlights some particular feature of the great copy that Huawei is about to release. It is possible that this model keeps the fingerprint sensor in the front. That it is the Pro that takes it behind to be able to reduce the frames. It is as if our idea was confirmed that this year is the time of the splitting of the high ranges.