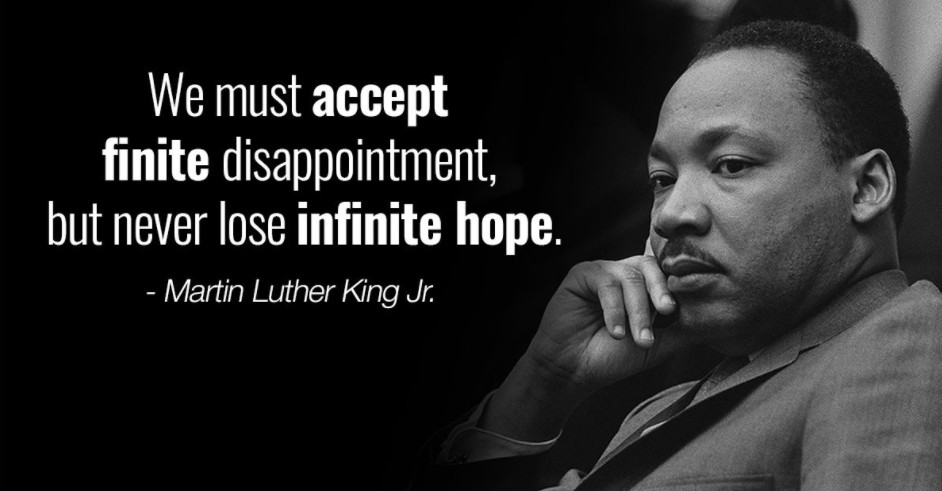 Martin Luther King Jr. was a Baptist minister and social rights activist in the United States in the 1950s and ’60s. He was a leader of the American civil rights movement. He organized a number of peaceful protests as head of the Southern Christian Leadership Conference, including the March on Washington in 1963.

“We are not makers of history. We are made by history.”

“Every man must decide whether he will walk in the light of creative altruism or in the darkness of destructive selfishness.”

“We must use time creatively, in the knowledge that the time is always ripe to do right.”

“There is nothing more tragic than to find an individual bogged down in the length of life, devoid of breadth.”

“Property is intended to serve life, and no matter how much we surround it with rights and respect, it has no personal being. It is part of the earth man walks on. It is not man.”

“The function of education is to teach one to think intensively and to think critically. Intelligence plus character – that is the goal of true education.”

“All labor that uplifts humanity has dignity and importance and should be undertaken with painstaking excellence.”

“An individual has not started living until he can rise above the narrow confines of his individualistic concerns to the broader concerns of all humanity.”

“There comes a time when people get tired of being pushed out of the glittering sunlight of life’s July and left standing amid the piercing chill of an alpine November.”

“I believe that unarmed truth and unconditional love will have the final word in reality. This is why right, temporarily defeated, is stronger than evil triumphant.”

“There can be no deep disappointment where there is not deep love.”

“Nonviolence is an absolute commitment to the way of love. Love is not an emotional bash; it is not empty sentimentalism. It is the active outpouring of one’s whole being into the being of another.”

“Man must evolve for all human conflict a method which rejects revenge, aggression and retaliation. The foundation of such a method is love.”

“It is not enough to say we must not wage war. It is necessary to love peace and sacrifice for it.” 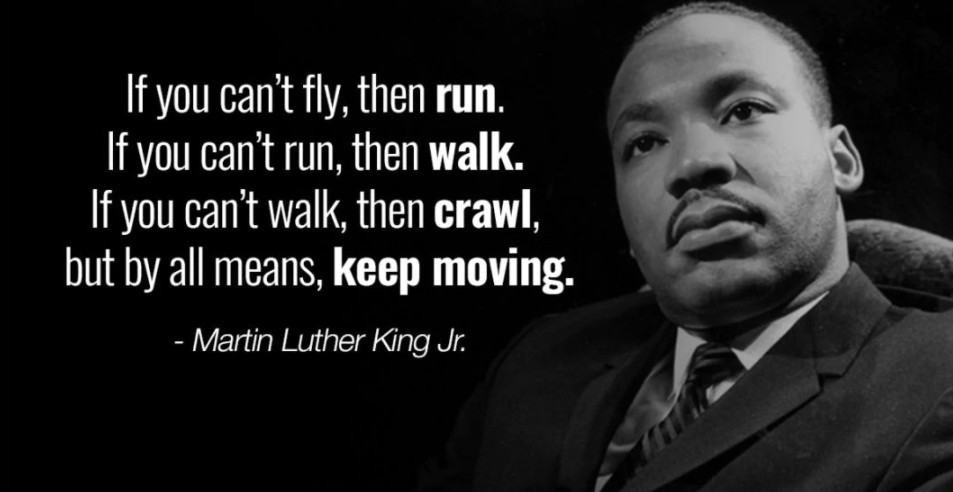 “Let no man pull you so low as to hate him.”

“There comes a time when one must take a position that is neither safe nor politic nor popular, but he must take it because his conscience tells him it is right.”

“A man who won’t die for something is not fit to live.”

“We must build dikes of courage to hold back the flood of fear.”

“We must accept finite disappointment, but never lose infinite hope.”

“Those who are not looking for happiness are the most likely to find it, because those who are searching forget that the surest way to be happy is to seek happiness for others.”

“Never succumb to the temptation of bitterness.”

“Whatever your life’s work is, do it well. A man should do his job so well that the living, the dead, and the unborn could do it no better. ”

“Everything that we see is a shadow cast by that which we do not see.”

“We must concentrate not merely on the negative expulsion of war but the positive affirmation of peace.”

“The art of acceptance is the art of making someone who has just done you a small favor wish that he might have done you a greater one.”

“A riot is the language of the unheard.”

“Our lives begin to end the day we become silent about things that matter.”

“Nothing in all the world is more dangerous than sincere ignorance and conscientious stupidity.”

“Forgiveness is not an occasional act; it is a constant attitude.”

“Ten thousand fools proclaim themselves into obscurity, while one wise man forgets himself into immortality.”

“That old law about ‘an eye for an eye’ leaves everybody blind. The time is always right to do the right thing.”

“If I cannot do great things, I can do small things in a great way.”

“Almost always, the creative dedicated minority has made the world better.”