The internet is going crazy with all the rumors and leaks about the latest Apple iPhone 8. Every hour there are hundreds of new rumors surfacing about the upcoming Apple flagship. And if you haven’t heard or read about a single one of them then you were probably leaving under a rock the entire time.

However, as we know, not all the rumors tend to be true. And there are some which make more sense than others as they got more credible sources to back those rumors. So, we here went through all those speculations and gathered the information about the Apple iPhone 8 specs, release date and price about the upcoming Apple smartphone. So, you’ve got all the information you need here.

Next month, it will be the 10-th anniversary of Apple since they first introduced their smartphone. And to mark the occasion, the Cupertino based company will announce the Apple iPhone 8.

But there is a big cloud over the actual release date of the Smartphone. As some believe the phone will reach the market in the fourth quarter of this year in a limited quantity. While other sources tell us, the latest flagship won’t be available until the next year. And probably the second rumor is true, as multiple sources reported that Apple has gone through some technical issues with the smartphone. While others believe, the company has their hands full with some supply chain problems.

The whole situation is confusing as no one can still confirm the release date. So, we might have to wait until September, when Apple introduces us with their latest Smartphone. As they will probably address the issue regarding the release day there.

The latest Apple iPhone 8 will be quite spectacular if it is anything close to what we’ve seen in the last few weeks about its specs. Let’s see from the top.

Screen: If rumors to be any true, the latest iPhone will have a flexible OLED screen going to the edges of the smartphone. Somewhat similar what their main rival Samsung has been doing with their Galaxy S8 and S8 plus model. However, don’t expect to see a curved screen on the sides similar to the Samsung S7 edge model. This expansion of screen to the edges will leave us with a 5.8 inches screen. But the size of the screen isn’t the only reason why Apple going with edge screens. As thanks to this curved screen, Apple can keep the device size similar to their iPhone 7 and somewhat smaller or Google Pixel 2, while the size of the screen gets bigger.

Fingerprint Sensor: Saving space seems to be Apple’s motto with their upcoming smartphone. As they are also going to remove the home button of the smartphone which has been there from the inception of the first iPhone. And it is about time to be honest, as you can now unlock the smartphone with fingerprint technology. Also, removing the button is a strategical move to make the device minimal while screen size increases.

Camera: Now coming to the most important spec about the device, the camera of the Apple iPhone 8. Sources telling us that the latest Apple iPhone 8 camera will leave its predecessor in the dust, which is something we all knew going to happen. However, how many megapixels we will get is still unknown. Plus, if speculations indicate anything then we might be up for a treat with 4K front and back cameras. But the rumors don’t stop there, as sources claim the smartphone will have 3D sensors to support augmented reality. And this claim is getting stronger with every passing day, as the smartphone is said to have a face recognition system. Also, the upgrade of the software of the device will provide us an intelligent camera mode which will adjust the capture modes according to context and the environment. In a nutshell, there are massive improvements coming to the camera that was already great. 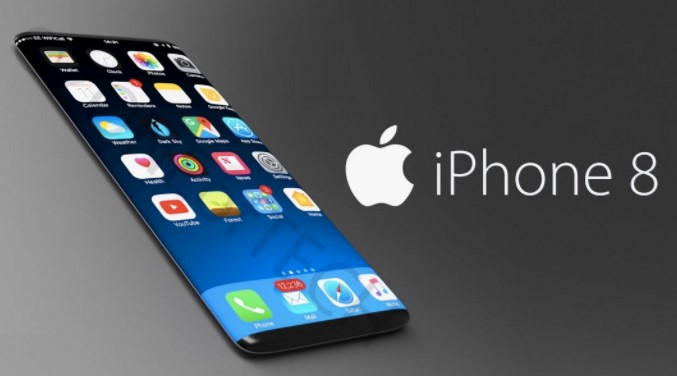 Charging: The latest Apple iPhone 8 will also come with wireless charging capabilities like as iPhone SE 2. This will make many Apple followers happy, as this functionality has become standard with most high-end smartphones, but was missing from their favorite brand.

Storage and RAM: The Apple iPhone 8 will come with two different storage capabilities. As usual, you will get your 128 GB and 256 GB storage. And depending on the models you will get 2 and 3 GB of RAM’s respectively. So, in that case, nothing new or fancy will be offered to the consumers.

Others: Besides, all that, the new Apple iPhone 8 will run on iOS 11 and it would use Apple A11 chip processor. Also, on this smartphone, you will have USB connection type C for charging. Plus, as mentioned earlier, there will be features like finger print sensors and facial recognition. Which by the way will offer users with two different ways to unlock the device. However, there is more to the face recognition system than just unlocking the device. It is to be believed that, when your eyes will be on the screen, the front camera will keep it tracking. So, any notification coming during that time will go automatically silent. And many other little tweaks will be on display like this one in the latest device from Apple.

The Apple iPhone 8 is a high-end smartphone with extraordinary features. And no one can expect to get all these things without paying some big bucks. Plus, Apple is known for products that cost a pretty penny. Therefore, the rumored price around $1100 or more shouldn’t come to you as a big surprise.

I know all these speculations about the Apple iPhone 8 doesn’t help anyone until you see the real deal. But if you look back, the rumors are most of the times true especially when it comes to smartphones. So, I think the latest Apple device will be close to the specifications given above and the price will be similar to that. Hopefully, this article has helped you get all the information you were looking for the most awaited device of the year.